Threats from chemical warfare agents are difficult to detect. But false alarms that cause unnecessary evacuations are expensive, disruptive and render the chemical analyzer useless.

Read how MKS Instruments developed the AIRGARD® analyzer to solve this problem by delivering lower false positive readings, and referencing an extensive library list of chemical compounds that is adaptable.

As the threat of terrorism escalates we need to be increasingly vigilant against the use of airborne chemical warfare agents. But many traditional detection devices are prone to false positives, causing people to be evacuated unnecessarily from workplaces or public buildings.

In addition, terrorists are evolving with access to new toxins, where many traditional detection devices are not flexible enough to recognize these new threats. False alarms are generated from common cleaning agents, e-cigarettes, and other ambient chemical compounds introduced by day-to-day activities. 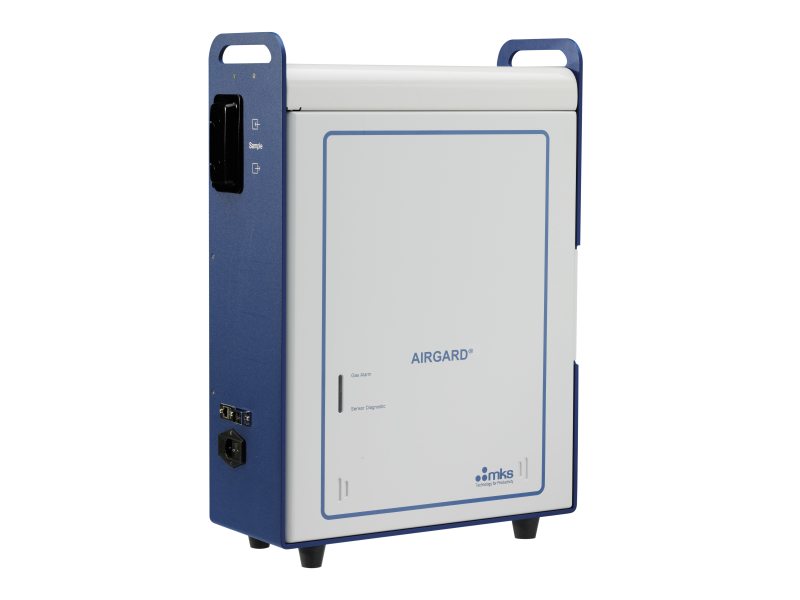 The AIRGARD® ambient air analyzer was developed through a DARPA program to solve these issues. In collaboration with government agencies and commercial users, the product was released with features and functionality requested by the end user.

The United States Department of Defense has thoroughly tested the unit for its sensitivity, specificity, response time, and immunity to false positive alarms caused by reacting to everyday benign, non-toxic solvents and industrial chemicals. The AIRGARD is Safety Act Designated and is registered through the Department of Homeland Security.

When the bad guys get creative, AIRGARD's high selectivity enables it to adapt to evolving threats. The unit has a large "background" library file (375+ gases) with capability to add new gases to increase the gas threat list and ambient gas interferents.